WHAT IS WHISKEY / WHISKY???

Whiskey is a dark distilled spirit that is made from a variety of grains, including barley, corn, rye, and wheat. It is distilled throughout the world, most popularly in Ireland, Scotland, the United States, Canada, and Japan. There are various styles of whiskey and some countries have regulations that stipulate how it is produced. Whether it’s Irish whiskey, scotch, bourbon, or Canadian whisky, it’s the most popular liquor in the world and it’s used in numerous cocktail and shot recipes. Surprisingly, drinkers in India consume the most whiskey, though the country’s own whiskey is rarely exported.

Whether it is whisky or whiskey has been the basis of many arguments over many years. The Scots spell it whisky and the Irish spell it whiskey, with an extra ‘e’. This difference in the spelling comes from the translations of the word from the Scottish and Irish Gaelic forms. Whiskey with the extra ‘e’ is also used when referring to American whiskies. This ‘e’ was taken to the United States by the Irish immigrants in the 1700s and has been used ever since. Scotland, Ireland and America all have a rich heritage in the whisky industry.

Know your bourbon from your scotch (and much more!) in this beginner’s guide to the most popular types of whiskey.

Irish whiskey has a smoother flavor than other types of whiskey. It’s made from a mash of malt, can only be distilled using water and caramel coloring, and must be distilled in wooden casks for at least three years. The result is a whiskey that’s easy to sip neat or on the rocks, though you can use Irish whiskey to make cocktails.

Scotch whisky (aka just scotch) is made in Scotland with either malt or grain. The Scots take their whisky-making seriously and have laws in place that distillers must follow. The spirit must age in an oak barrel for at least three years. Plus, each bottle must have an age statement which reflects the youngest aged whisky used to make that blend. This is a whisky to sip neat—it makes an excellent after-dinner drink.

How many Scotch Whisky regions are there?

There are five that remain undisputed: Speyside, Highlands & Islands, Lowlands, Islay, and Campbeltown.

Home to over half of Scotland’s distilleries, Speyside malts from these fifty or so distilleries are known for being frugal with peat and lavish with nutty fruit flavors. Apple, pear, honey, vanilla and spice all have a part to play in the Speyside Whiskies.

Northern Highland Whiskies, such as Glenmorangie are particularly spirited, with some relief in the cereals and honeys of Dalmore. Head south for the nutty smack of Tullibardine. 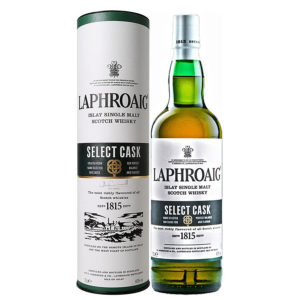 Perching just above England, the Lowlands can play truant from peat or salinity. Soft and smooth malts are characteristic of the region, offering a gentle, elegant palate reminiscent of grass, honeysuckle, cream, ginger, toffee, toast and cinnamon.

Islay: Home to the peated beasts

Islay malts are pungent with peat, smoke and salinity, revealing their complexity layer after layer.

The versatility of the Islands accommodates both feathery citrus flavors and smoking peaty noses. Between them, Arran, Mull, Jura, Skye and Orkney champion brine, oil, black pepper, heather and honey. For challenging, volcanic drams full or maritime notes that are anything but tame, Island malts are your calling.

Wet wool, salt, smoke, fruit, vanilla and toffee are embraced, abandoned and cocktailed in the various malts of Campbeltown.

A little later to the game than Irish and scotch, Japanese whisky has made its mark on the spirits world for its high standards. Japanese whisky was created to taste as close to the scotch style as possible and uses similar distilling methods. It is mostly imbibed in mixed drinks or with a splash of soda.

Like scotch, Canadian whisky must be barrel-aged for at least three years. It’s lighter and smoother than other types of whiskey because it contains a high percentage of corn. You will find that most Canadian whiskies are made from corn and rye, but other may feature wheat or barley. 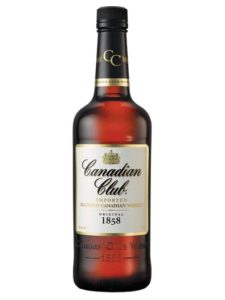 An American-style whiskey, bourbon is made from corn. In fact, to be called bourbon whiskey, the spirit needs to be made from at least 51% corn, aged in a new oak barrel and produced in America. It has no minimum aging period and needs to be bottled at 80 proof or more.

While Tennessee whiskey is technically classified as bourbon, some distillers in the state aren’t too keen on that. Instead, they use Tennessee whiskey to define their style. All current Tennessee whiskey producers are required by state law to produce their whiskeys in Tennessee and to use a filtering step known as the Lincoln County Process prior to aging the whiskey. 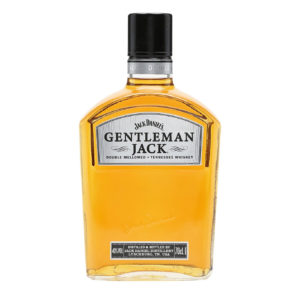 Rye whiskey is made in America with at least 51% rye, while other ingredients include corn and barley. It follows the distilling process of bourbon. Rye that has been aged for two or more years and has not been blended is dubbed “straight rye whiskey.” Rye tends to have a spicier flavor than sweeter, smoother bourbon.

Blended whiskey is exactly what the name highlights—it’s a mixture of different types of whiskey, as well as colorings, flavors and even other grains. These types of whiskeys are ideal for cocktails, as the process allows for the flavor to come through but keeps the spirit at a lower price point.

Single malt whisky needs to be made from one batch of scotch at a single distillery. Additionally, it must be aged for three years in oak before being bottled. The term “single malt” comes from the ingredients, as the main ingredient is malted barley. However, these rules did not make their way to U.S. distilleries. For example, in America, single malt is sometimes made from rye and not barley.

By Peggy Trowbridge Filippone from The Spruce Eats & Emily Cappiello from Taste of Home.